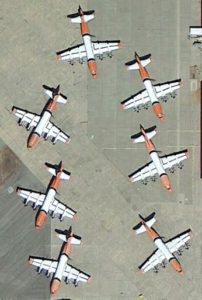 There is still a chance that some of the P-3 Orion air tankers formerly owned by Aero Union could see service as aerial firefighters. The company was forced out of business after their U.S. Forest Service contracts were canceled citing safety violations. United Aeronautical (UAC), which primarily deals in aircraft parts, bought the eight aircraft from… (read more)